It rained all morning in Santiago the next day so we stayed at Hotel Hacienda Cola de Caballo for another night and caught up on some rest. The hotel was high up in the mountains and had a waterfall nearby. It was a pretty cool place where peacocks wandered freely on the property. 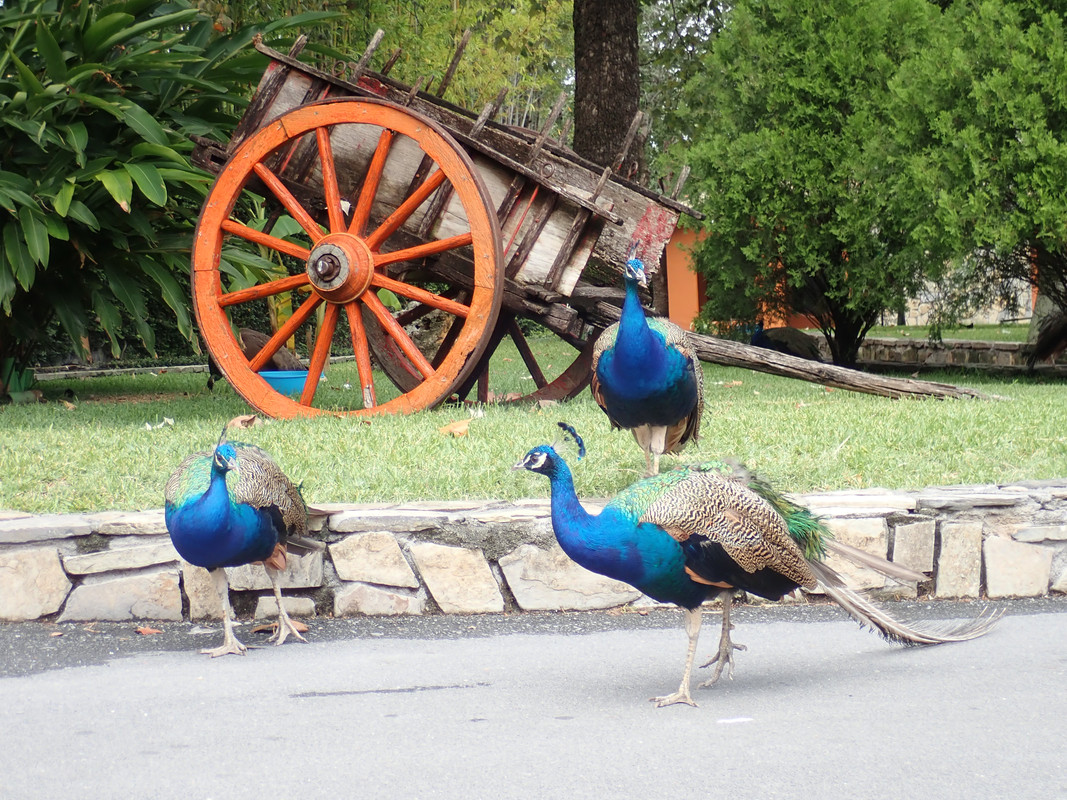 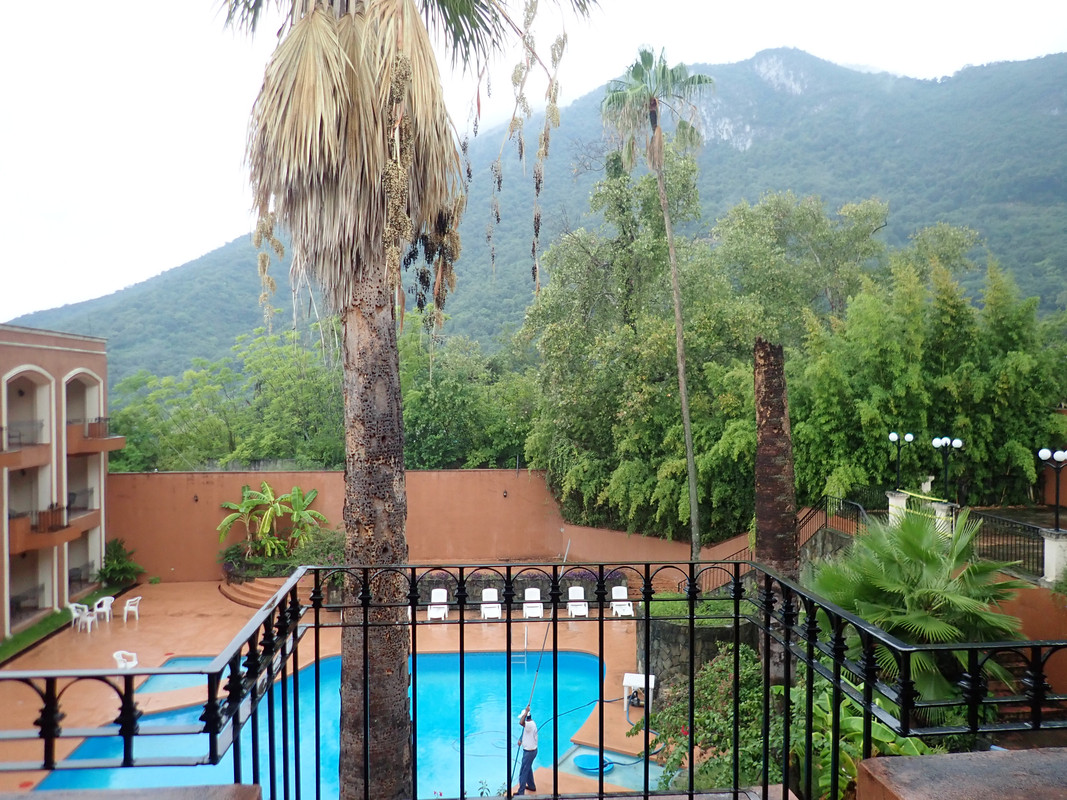 Amazing view from the hotel restaurant 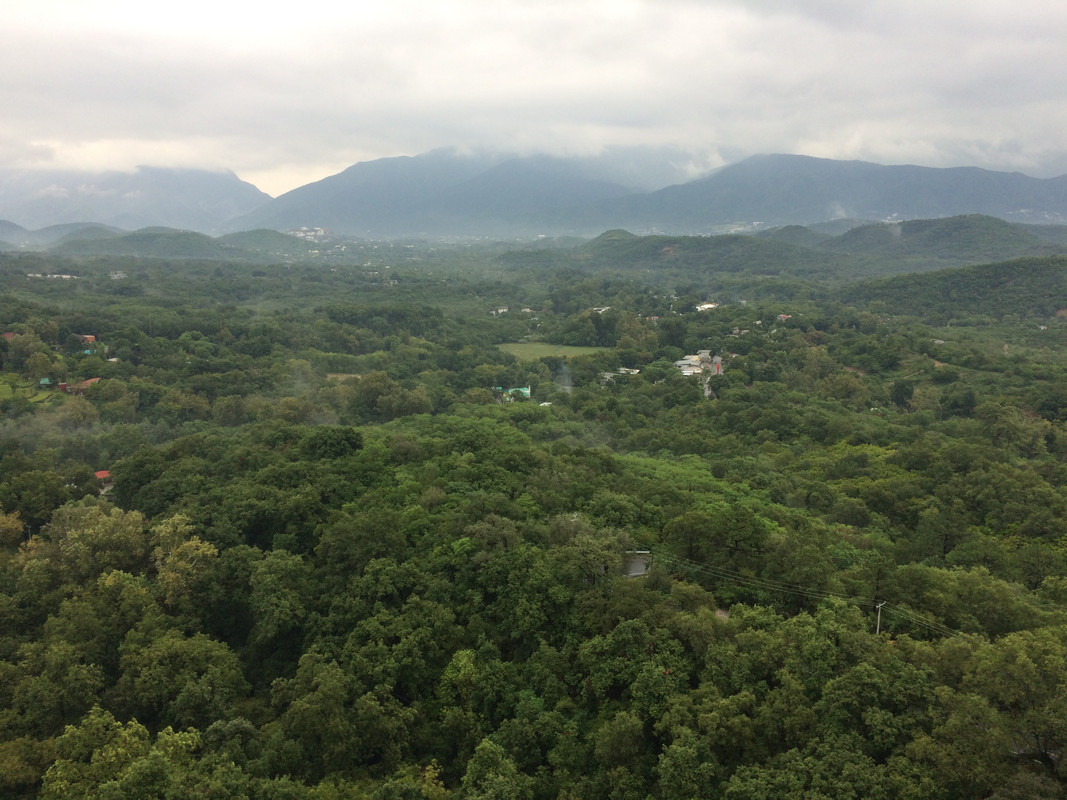 We went to check out Cascada Cola de Caballo after the sun came out later. 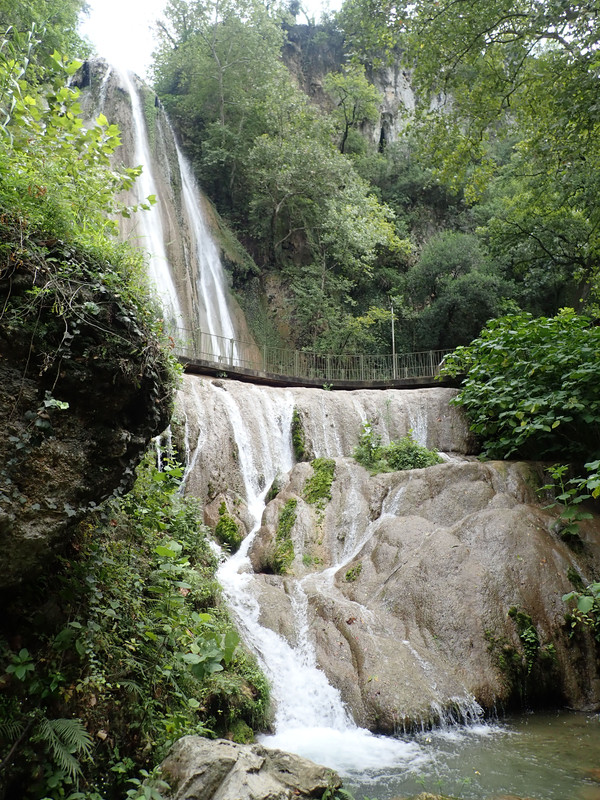 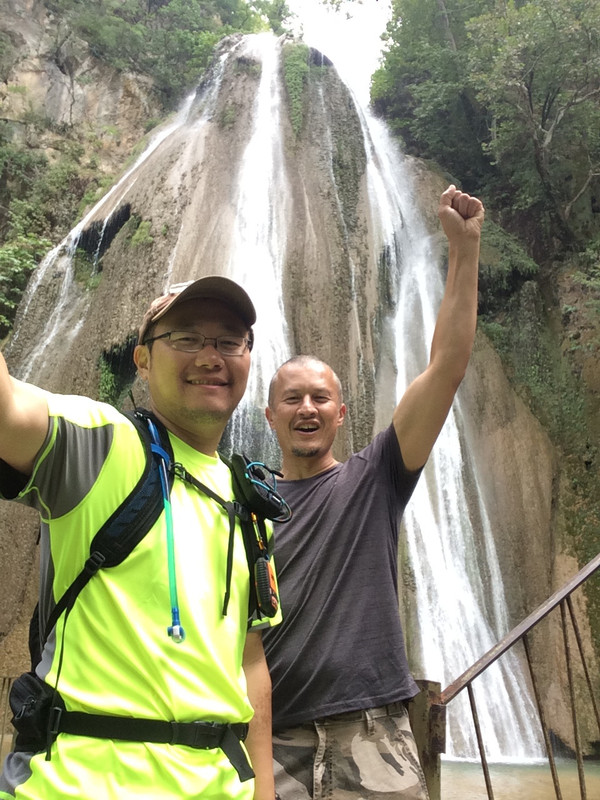 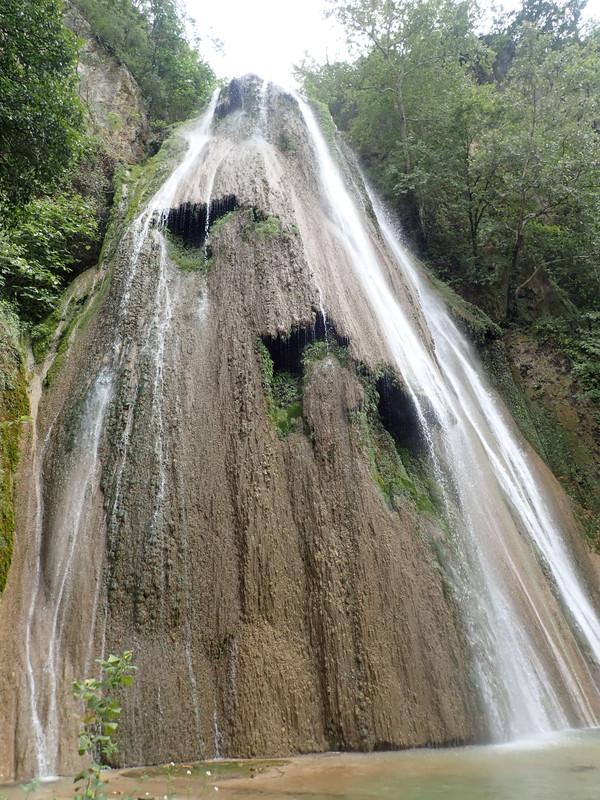 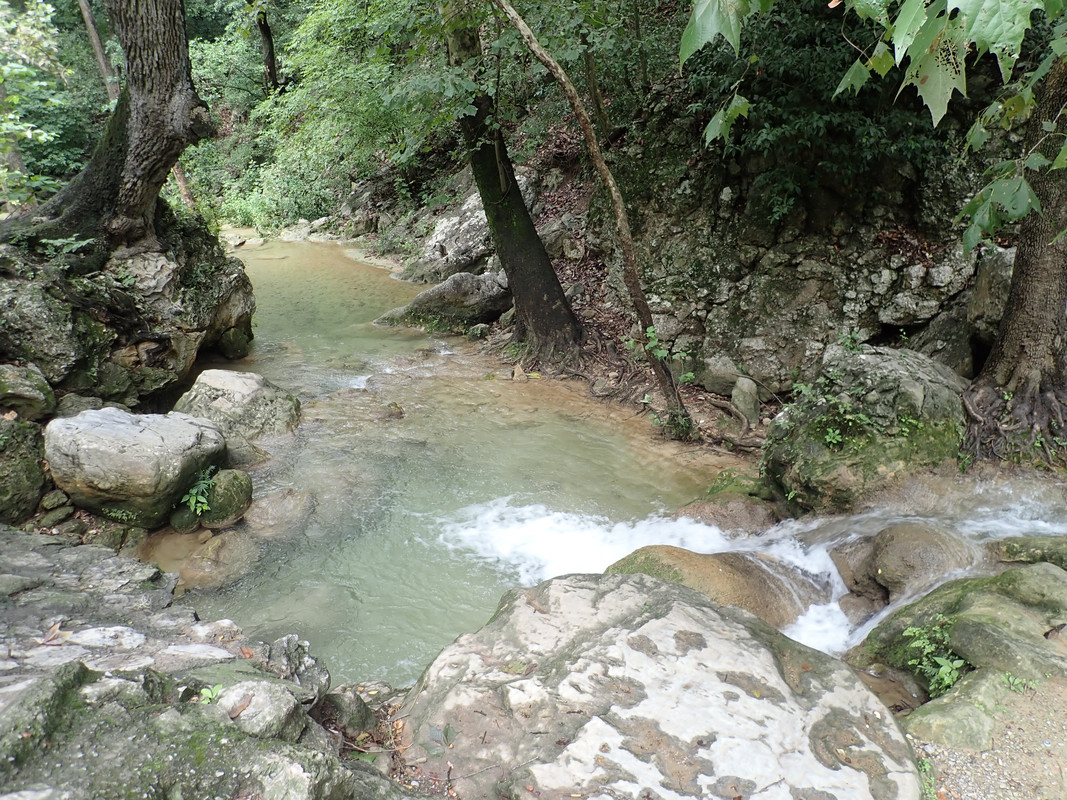 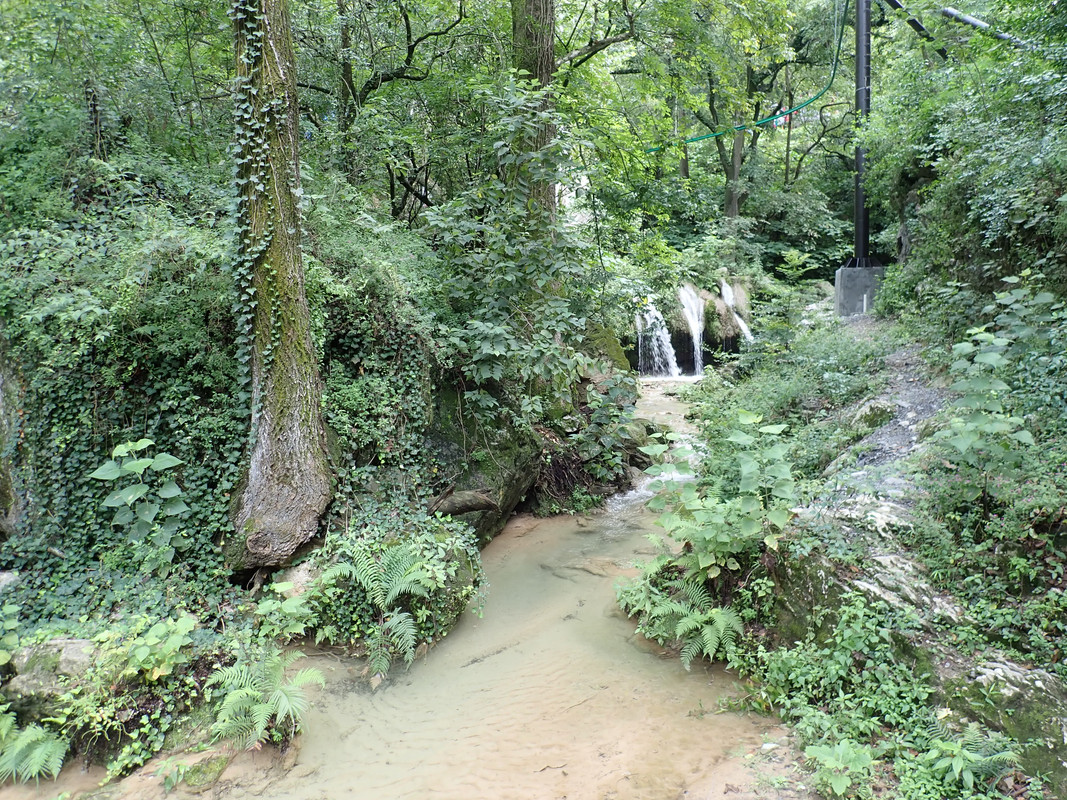 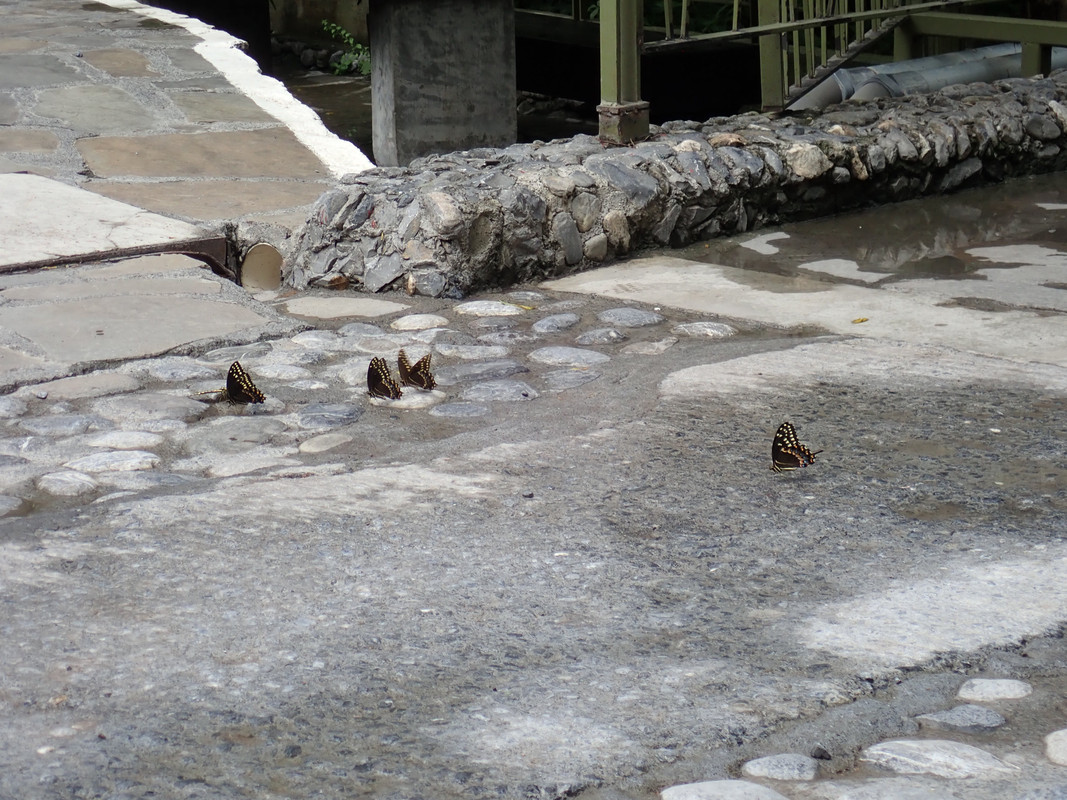 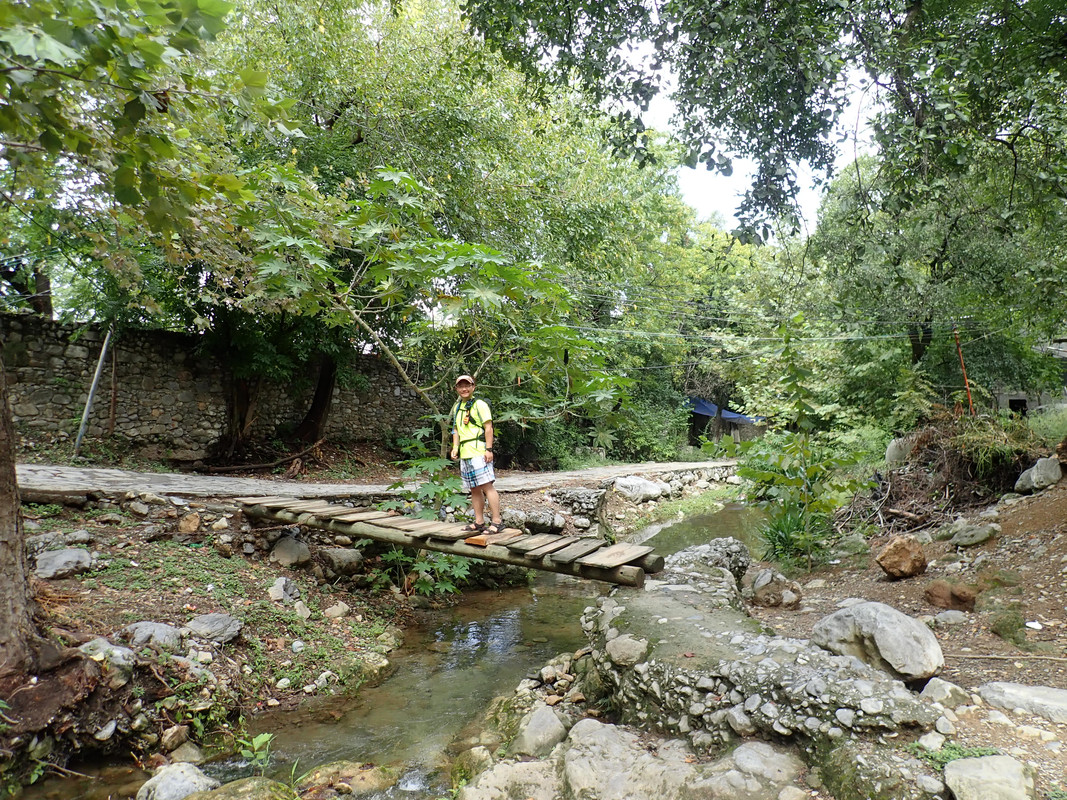 Couldn’t ask for a better view at this lunch stop 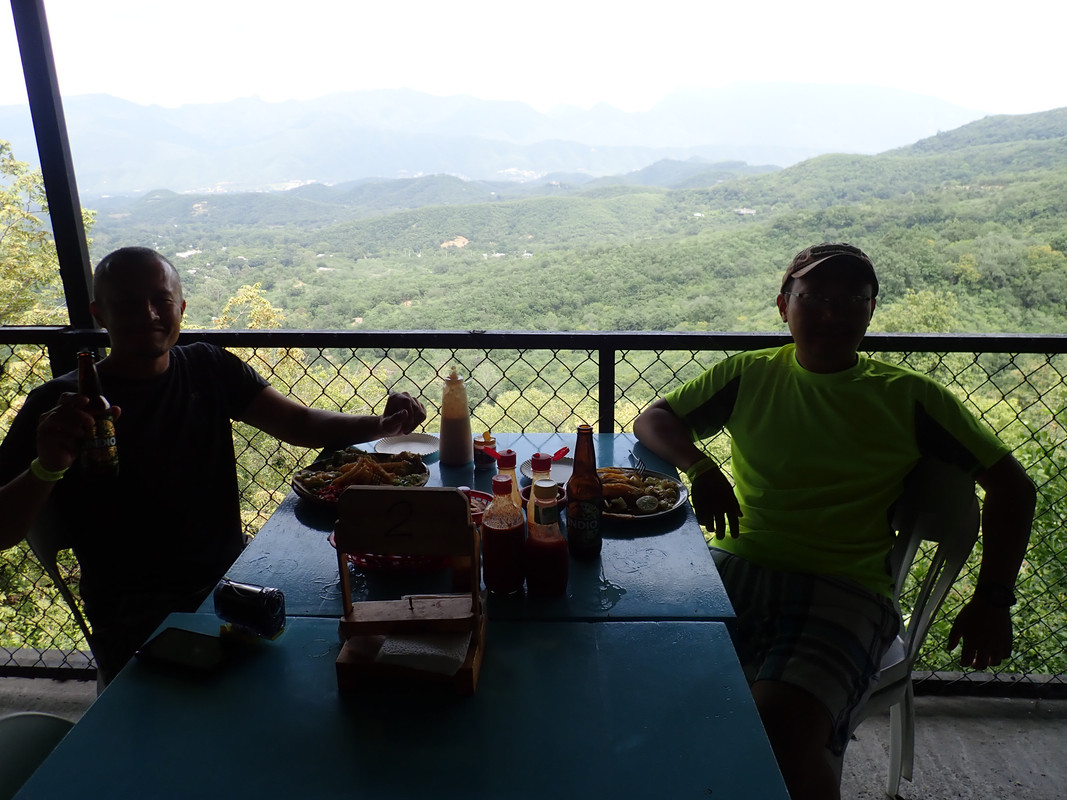 We rode on N.L. 20 towards El Salto the next morning. It’s an amazing road winding through the mountains and the view was just spectacular. Too bad it’s full of deep drainage ditches, speed bumps, cow manure and gravel. 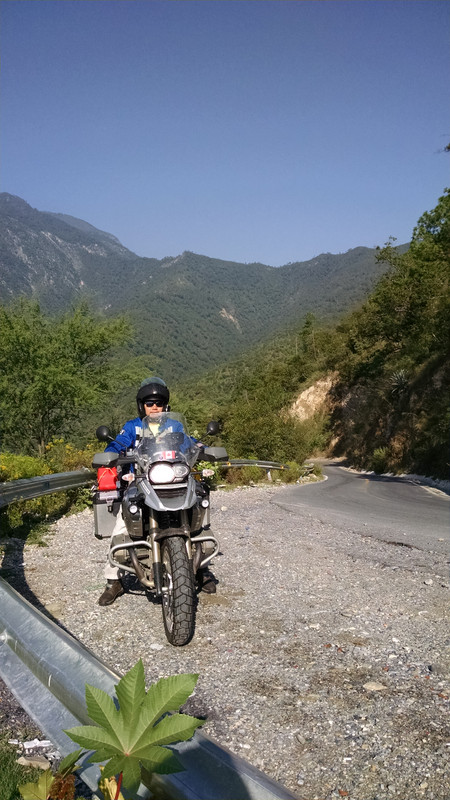 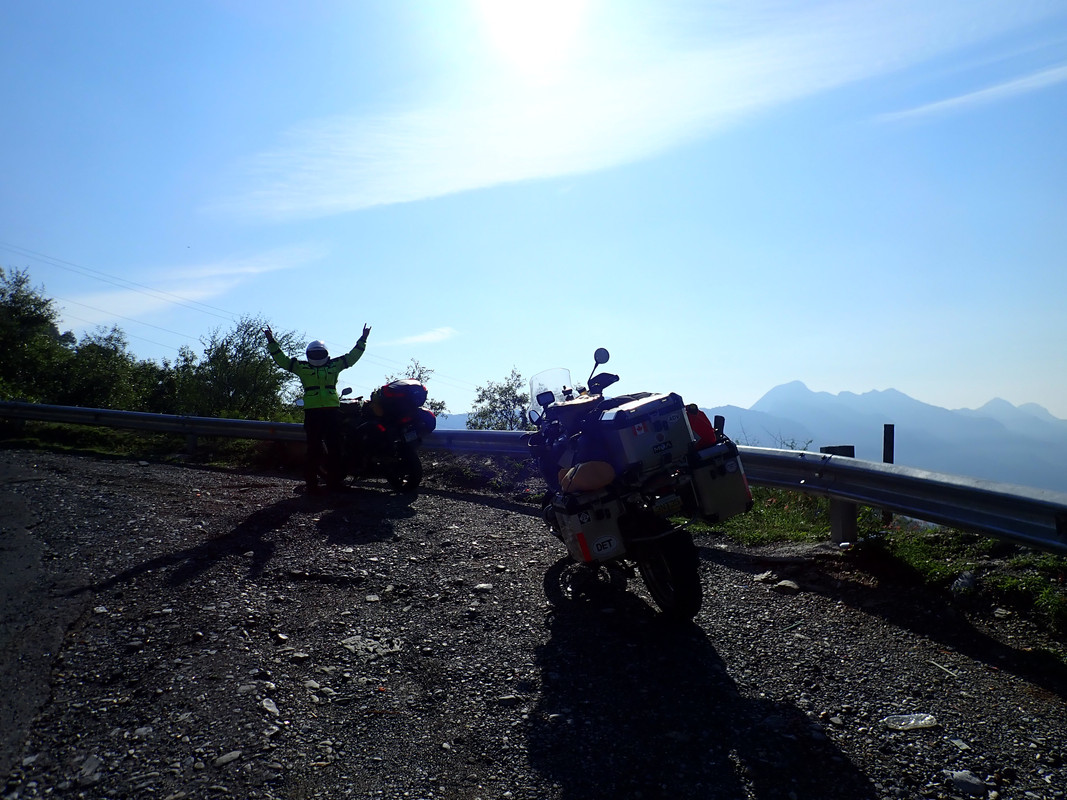 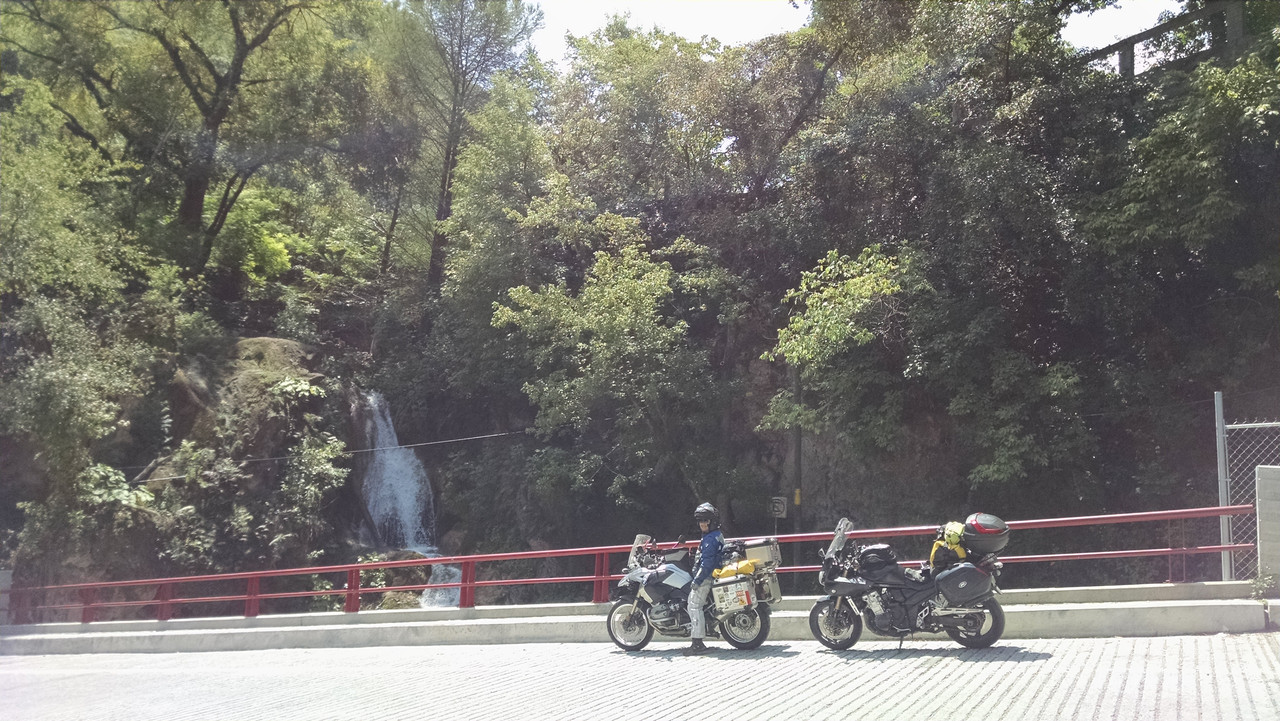 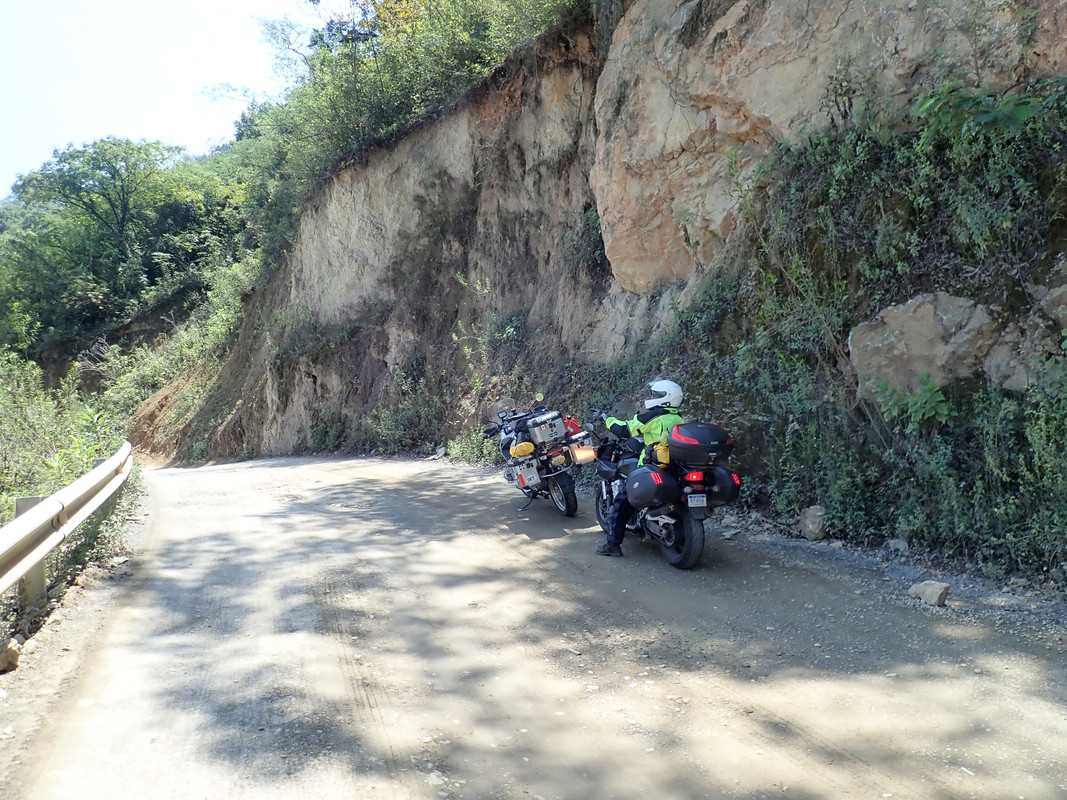 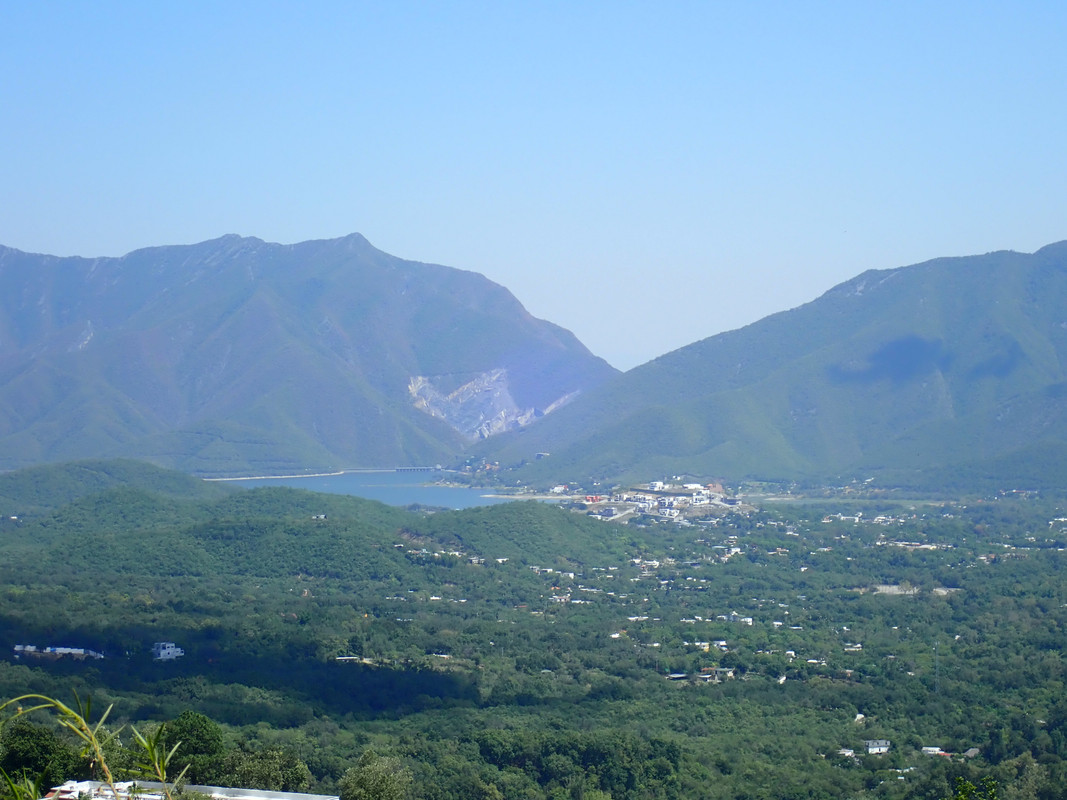 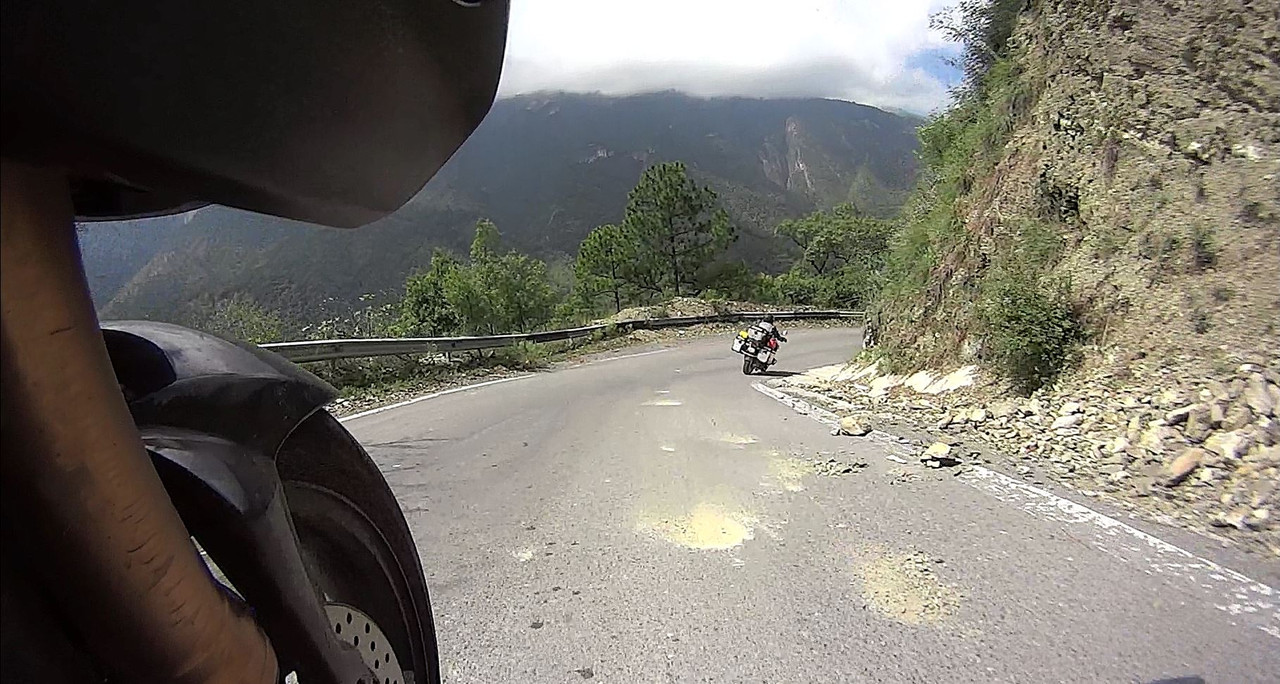 The path to El Salto was too treacherous for our 600 lb machines so we traded 2 wheels for 4 wheels. 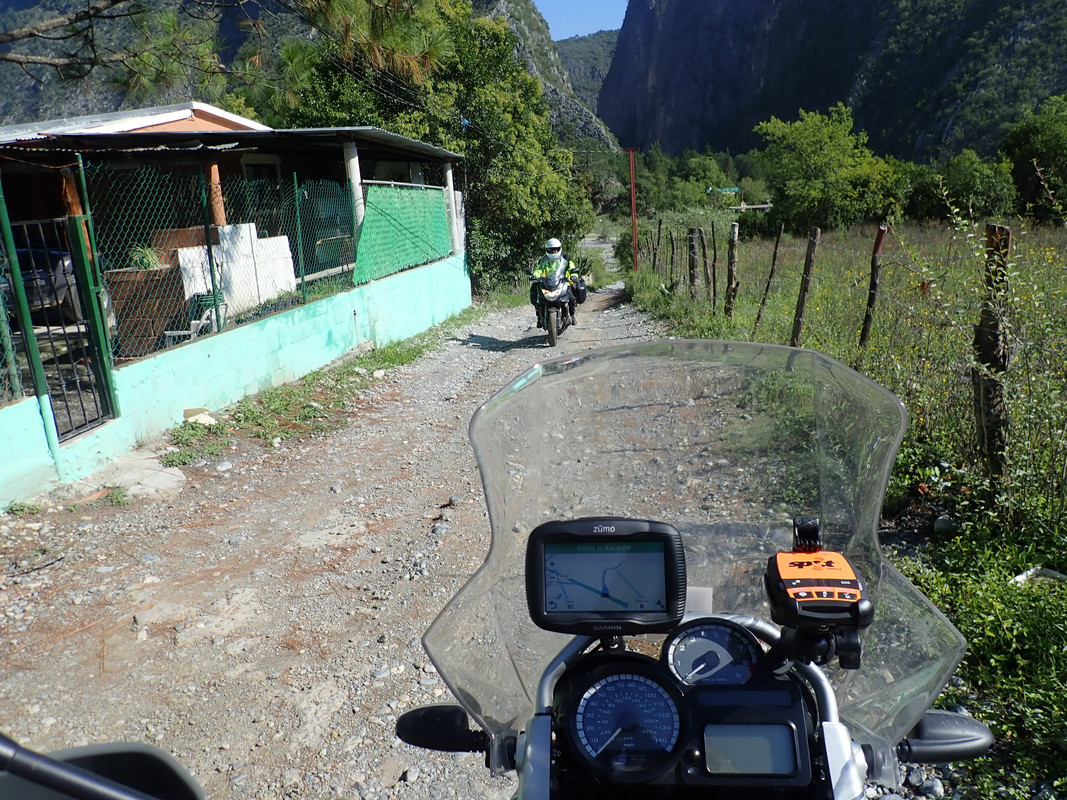 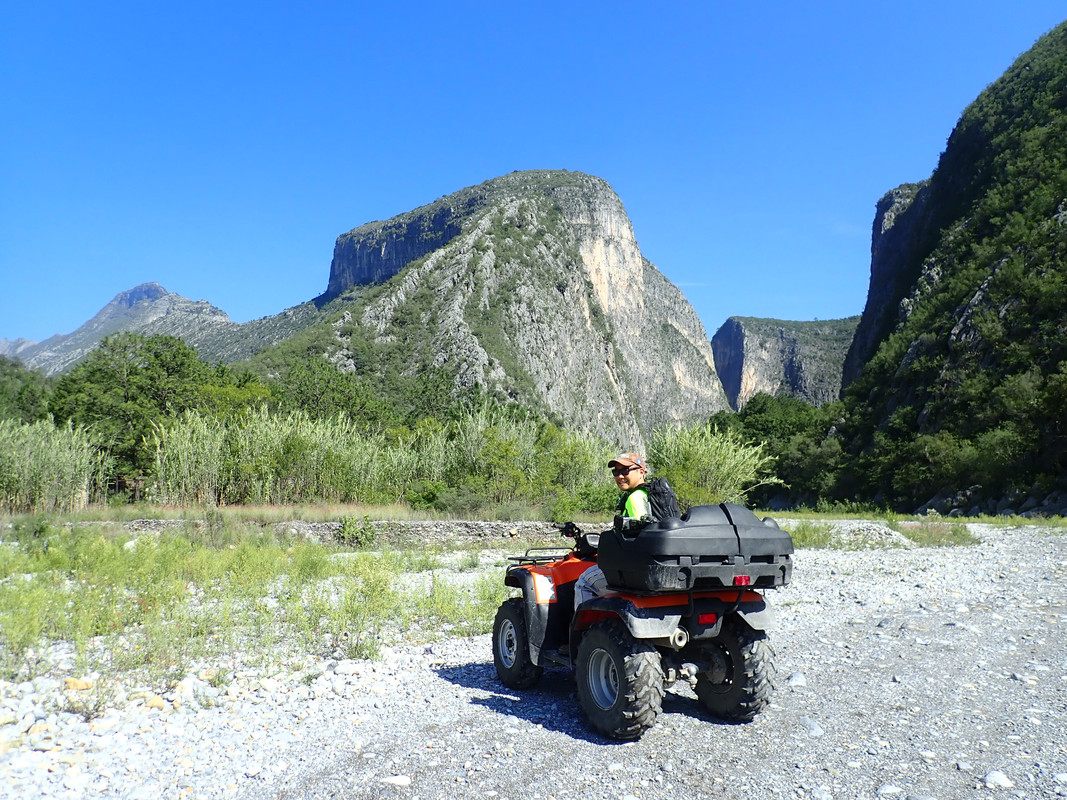 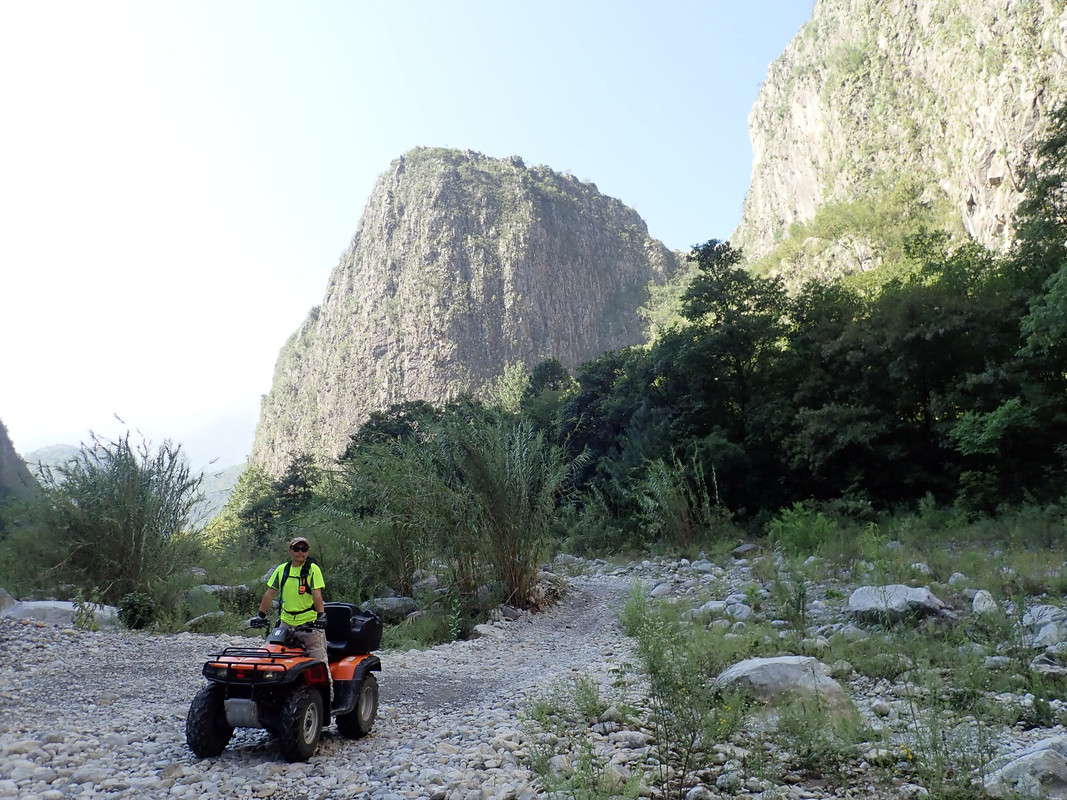 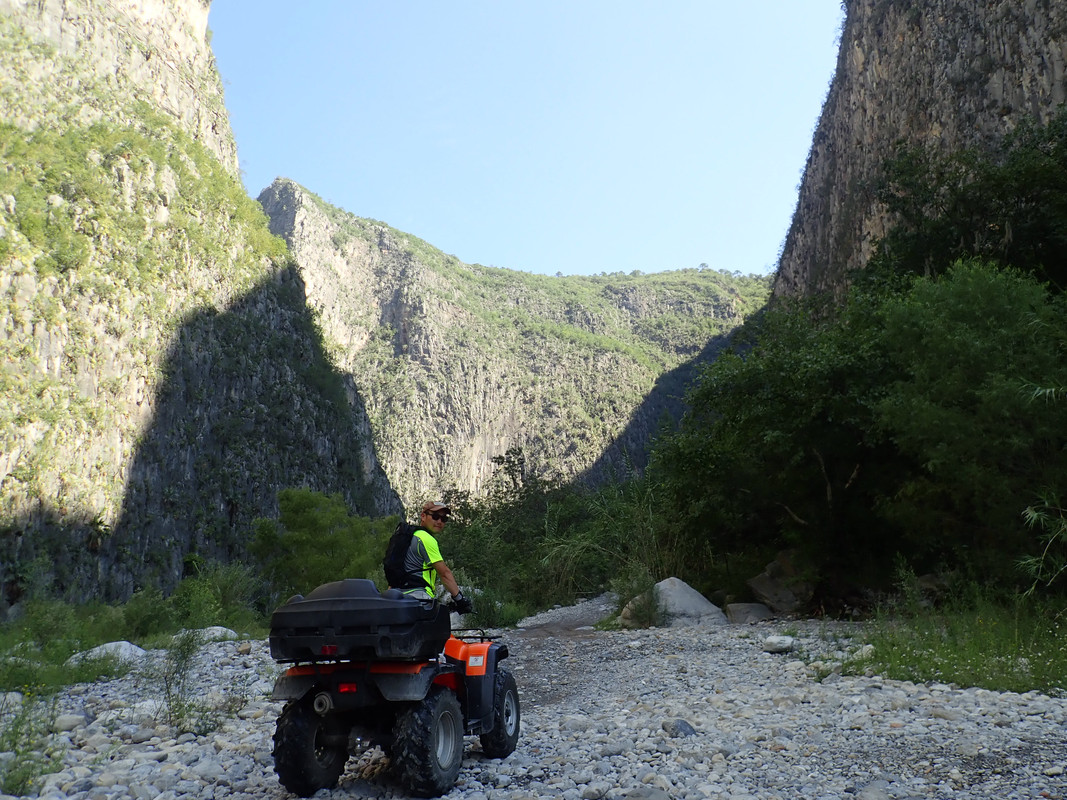 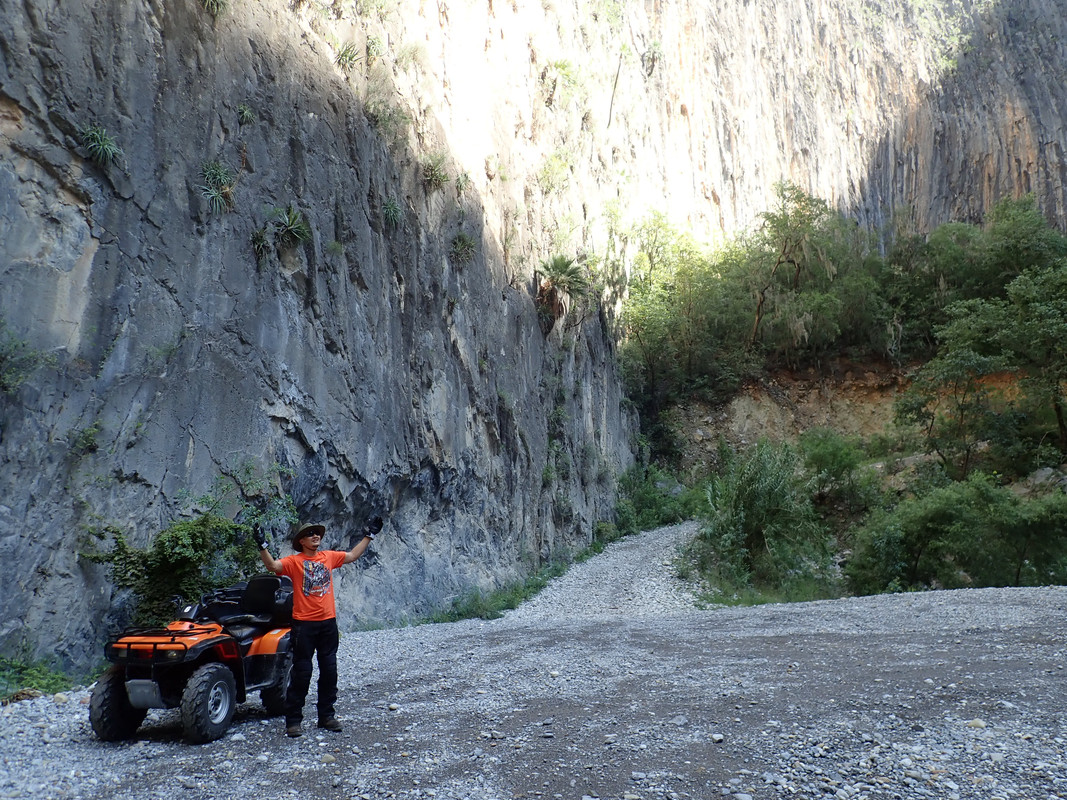 El Salto is a natural formation carved out by water. This valley would be flooded during rainy season but is now completely dried out. 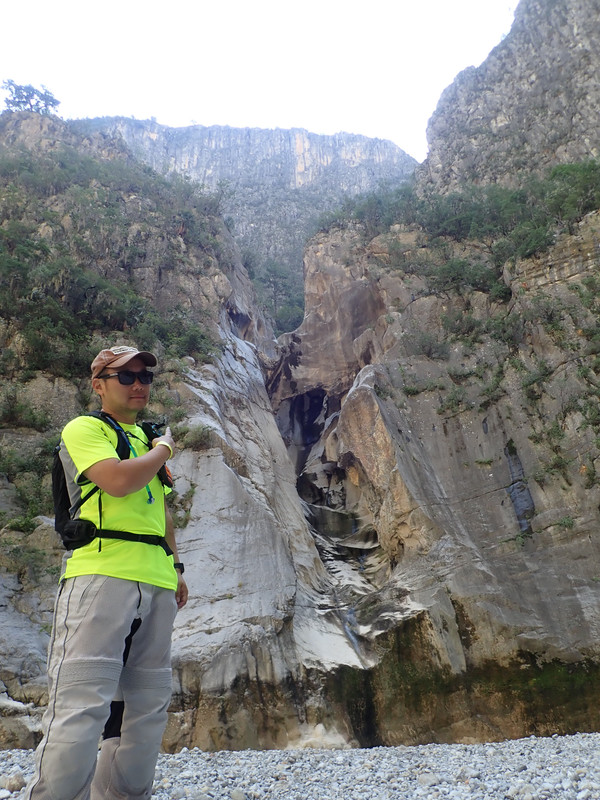 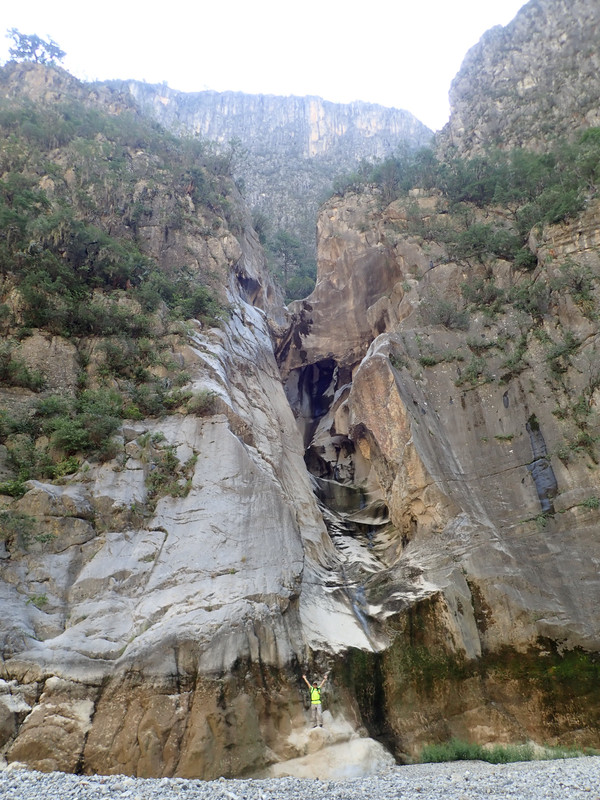 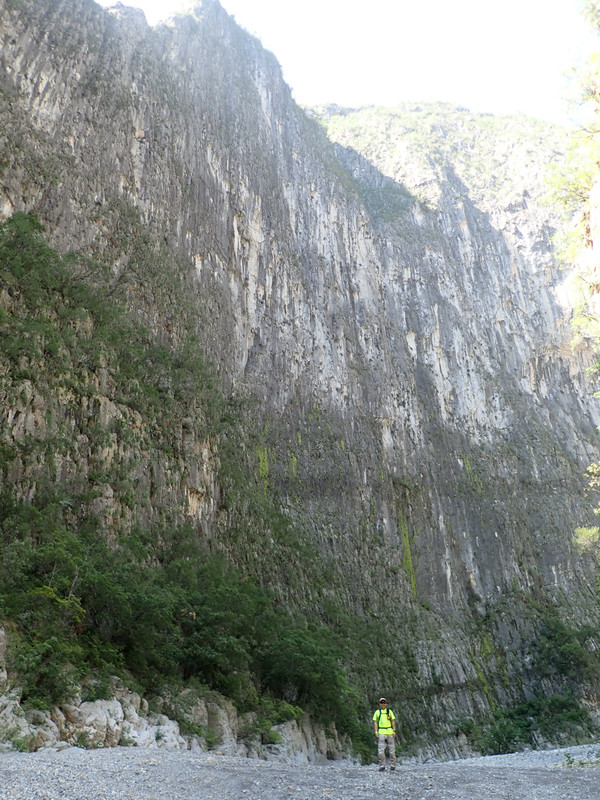 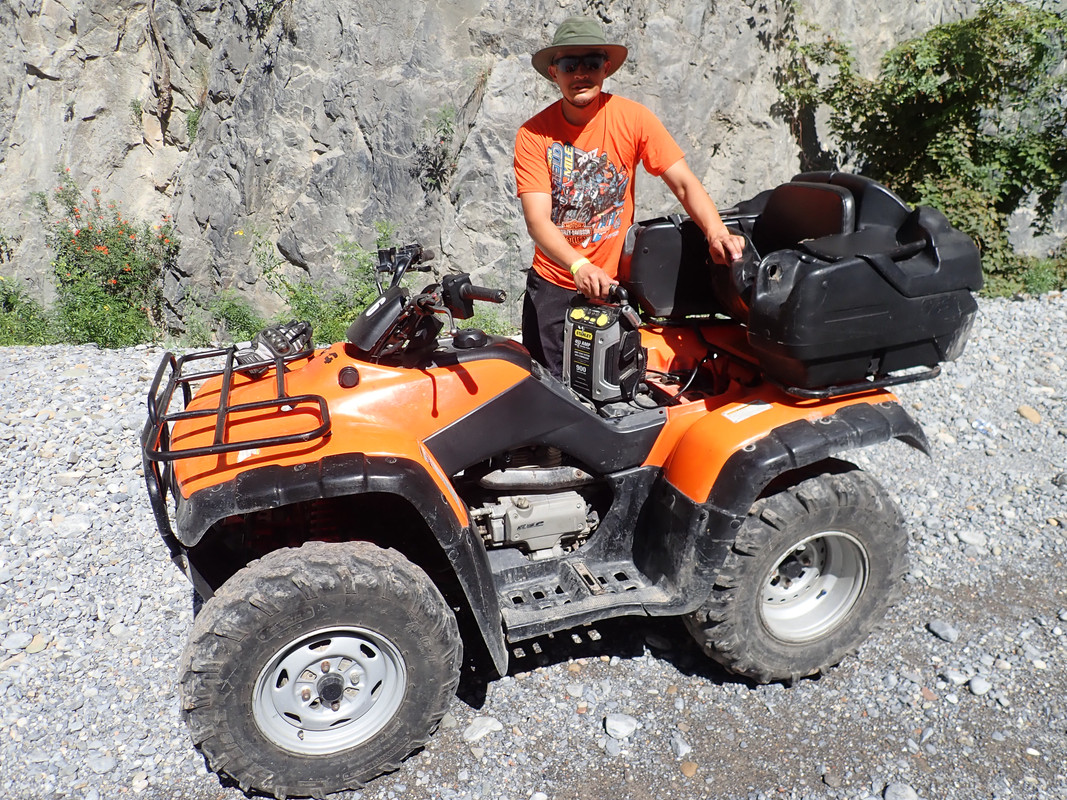 We headed out south toward Ciudad Victoria after exploring El Salto. 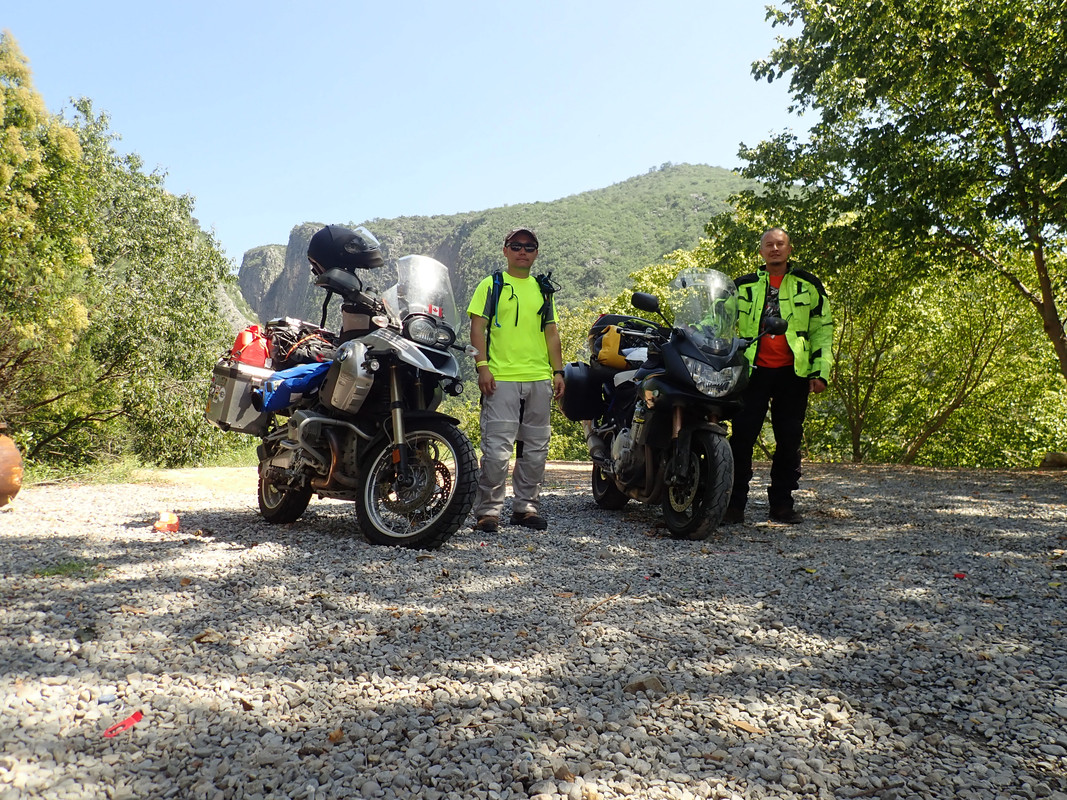 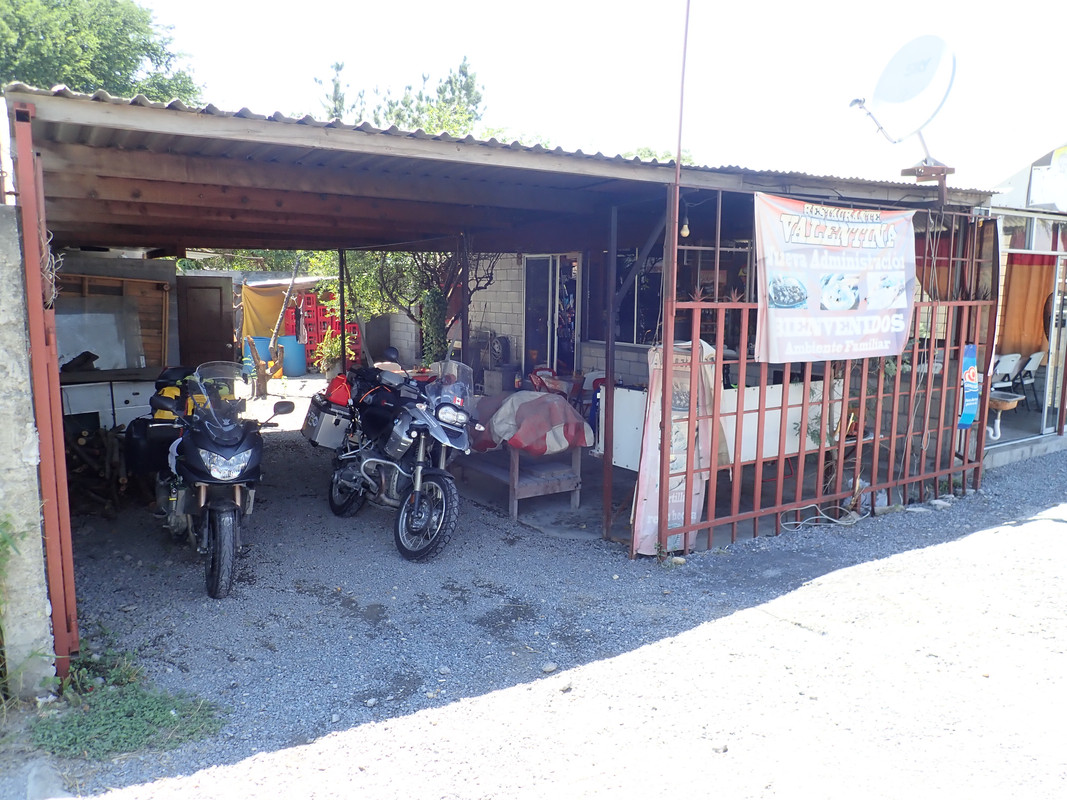 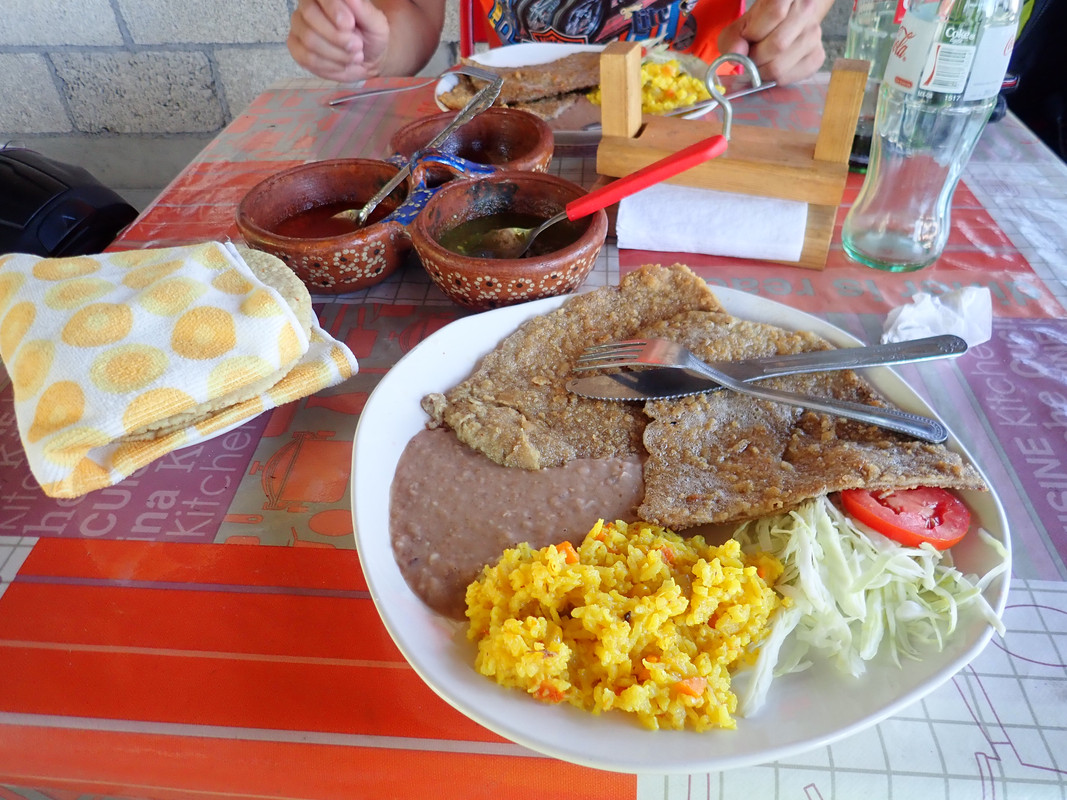 We scored this sweet motel with an attached garage for $20 USD in Ciudad Victoria. 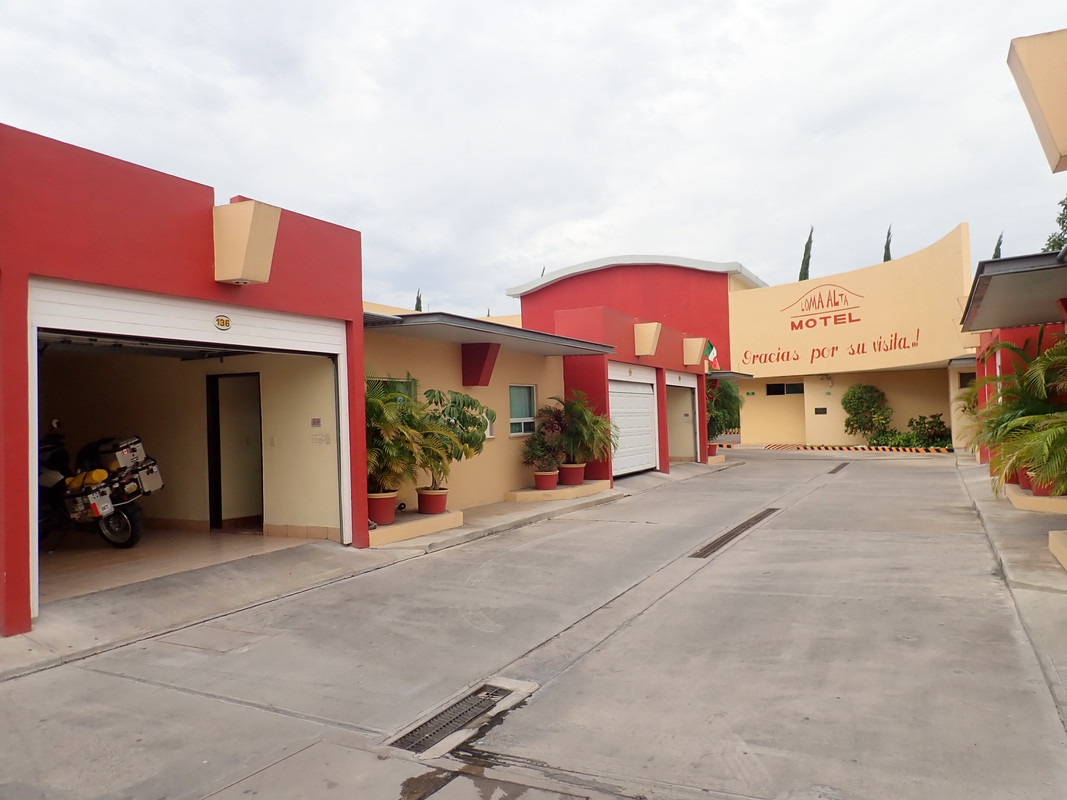